Ciech Salz Deutschland (CSD) – a subsidiary of Ciech – has signed a contract with Adamietz under which Adamietz will build a plant for the production of evaporated salt in Stassfurt, Germany. The total contract value is EUR 44.1 million. It is the largest investment in the history of Ciech, which lwill give the group a position among the leaders on the European market for evaporated salt. Currently, the assumed date of starting production in the new plant is January 1, 2021. 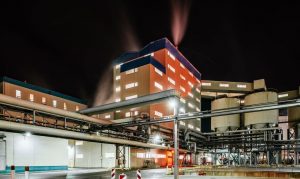